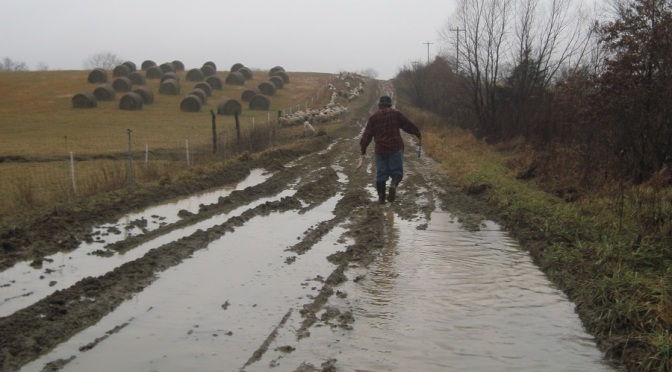 There’s one thing that I should say straight off the bat. I have never thought of myself as having a mental disorder or a syndrome. When I was still in grade school (I would be home schooled from the third grade and beyond), I was a quiet lad, never asking questions unless asked and rarely talking to my classmates; just sitting quietly listening to the chatter going on around me. Rarely, if ever, injecting anything into the conversation. Conversations especially were and still are difficult for me. Whenever I tried to start a conversation, I am reminded of wading through mud. Every topic, every sentence, every word was a trial and effort. Sometimes I would just get so tired of trudging through the mud that I just have to rest, but I keep wading through the mud until I can find a dry and solid ground on which I can rest and enjoy the peace that comes from being out and away from the mud. After a while, once rested enough, I might feel like wading through all the mud again and so I’d go back in to the mud, but the mud feels thicker than before and thus harder to wade through and then after awhile I get back out and rest and, after a time, the rests get longer and the wading gets shorter until finally I stop going back into the mud. Then I rest for the night and I’m ready to start the cycle again. But sometimes clogging through the mud gets to be too much. Instead of going through the mud, I stay on my little dry patch, even if I don’t particularly like it, it’s still better than fighting through the mud day after day just to interact with other people. So I stay on my dry patch of ground that I don’t particularly like and I just stand still. Sometimes, I work off the will to venture off your little island because I’ve become lonely or my little island has gotten too little and I just want to stretch my legs a bit. I find the mud is easier to walk through than I remember and I start taking more trips through the mud to interact with people and so, I slowly begin to take part of the world again.

4 thoughts on “Aspergers : Through the Mud”

Most of my pretty cows wrapping, ripping, tearing into a fresh break of winter stockpile.