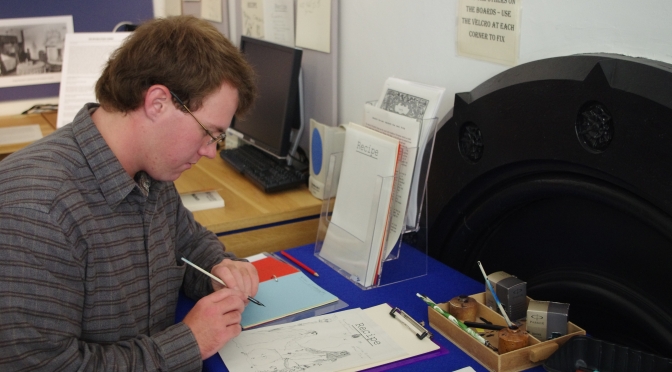 As you know from reading earlier blog entries, our middle child, Dallas, who is now 22, was diagnosed with Asperger Syndrome about three years ago.  Yes, we knew all through his growing up that he was different, but we also knew he wasn’t autistic.  Within a couple of weeks of finding a description of his symptoms, our osteopathic doctor had hired a psychologist who knew about such things.  Dallas was keen to meet her and be interviewed and subsequently tested, which was grueling for him (it would be for anyone  – it was four hours long!), but it was designed for people like him, so he conceded that it really wasn’t too bad.  Anyway, he struggles with the social issues, the learning, etc that those with Autism do, but to a lesser degree.  In 1994 (the year after Dallas was born), Asperger Syndrome was recognised as a separate disorder from Autism).

Thank goodness Dallas is here with us at home.  He has picked up the responsibility of hauling hay, checking water tanks and chopping the ice out or hauling insulated water coolers of hot water whichever the case is necessary to fix the problem.  And among so much more,  mking sure the cattle have mineral, keeping sidewalks for three homes clear, and helping immensely with his 96 year old great aunt.

It may be that the gentleman in this BBC Magazine story was more Aspie than full blown Austistic.  Nevertheless, he had an incredible mother, who bravely stepped out of the norm, brought him home, and, no doubt, tirelessly taught him the tools to be as successful as he could be and later the townspeople who rallied behind him.  What a heart warming and uplifting reflection of the good family and community can do.

One thought on “Autism Spectrum”

So my activity for the morning. What a view shed! And mustering sheep! I was giddy with happiness. #Fundopanguilemu horse trekking in Coyhaique, Aysen Region, Chile.