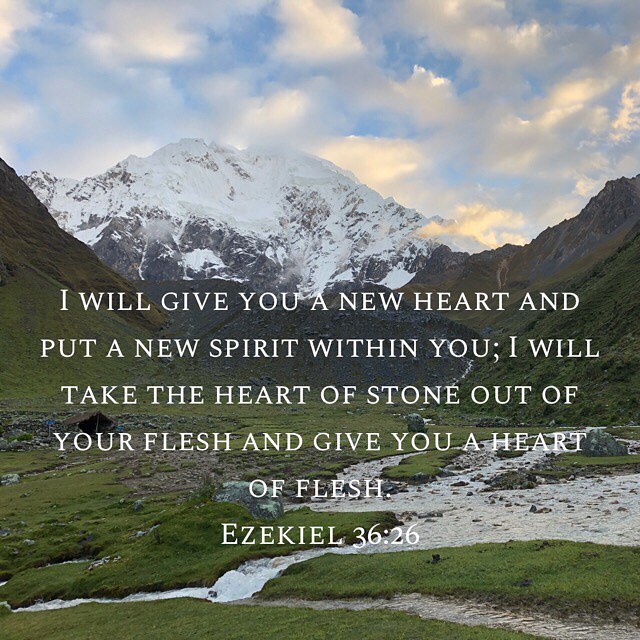 Typical of any big city, there are the ubiquitous Hop On/Hop Off buses, frequently open topped and/or heated or air conditioned with free water, ear buds provided for the narrative in several languages.  Dubai is no exception and they have two companies providing the service.  Jessica had a buy one/get one free coupon for City Sightseeing so this is the one we went with.

There were three crucial points of this touring –friendliness/helpfulness, interesting and informative narrative, and being on time — that this company did well.  After that, however, i’ll share what i feel could be done better.  Cold water vs warm water to drink and drivers should know when the venue at a particular stop has been closed instead of handing us an admittance ticket and pointing the way.

Nevertheless, we enjoyed the tour, though we had to take the entire blue route (2 hours) to get from Dubai Mall to Mall of the Emirates.  Tomorrow, we’ll take the same blue route, but transfer to two other routes for the full city tour.  Guess, we could have hailed a cab.

Included in our tickes was admission to Dubai Aquarium and Zoo at the Dubai Mall.  Maybe i’m jaded by all the zoos, aquariums, etc we’ve been too as the children were growing up, but these were a bit lackluster, although it did seem that the famiies with young children were having a great time.  Most of the aquarium can be seen for free — ya gotta pay to walk under the aquarium and tour the zoo part.  And you’ll be accosted for photographing at least three times.  Maybe i was getting tired, but i sure was getting a bit short tempered with that nonsense. 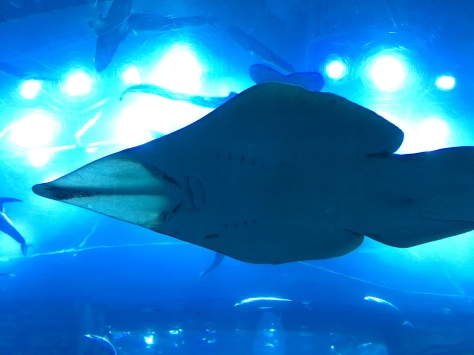 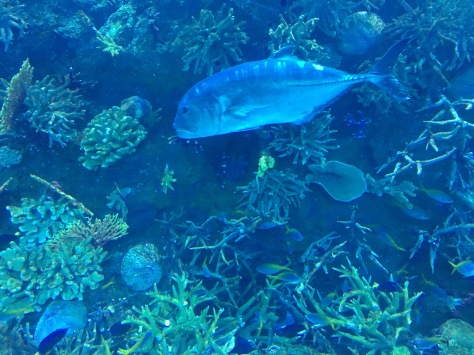