This reblogged from Ranch Management Consultants. 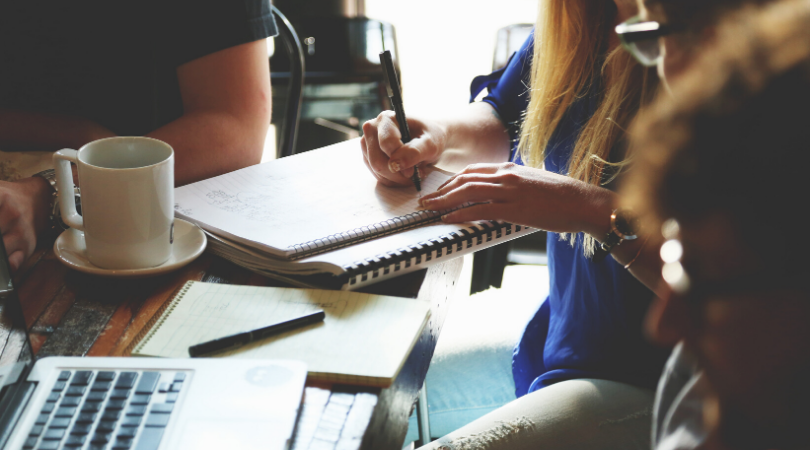 As we wrap up 2019, I want to share with you what comes to the top of my mind as actions that farms and ranches take when they are serious about their business management. If you are hitting the mark on these, well done! If not, then what will your strategy be to improve in 2020?

1.Effective Communication –
Have regular WITB (operational) meetings and WOTB (strategic) meetings. For WITB they should be brief, focused and end with something written down in a visible spot, listing who is doing what by when. For WOTB meetings they need to be focused with limited distractions, allow for creative thought, be inclusive and also end with an action plan.

2.Clear Roles and Accountability –
Are all the roles of your business being filled? Is ownership clearly setting the mission and vision? Is management developing plans that include strategies with contingencies and communicating those to everybody? Is labor effectively balancing all the duties and working with the end in mind? Most farms and ranches are owned and labored while few are effectively managed.

3.Plans Developed and Communicated –
Does your business have the following plans written down:
Economic plan showing the projected profit for the coming year.
Financial plan which shows the projected cash flow for the coming year.
Grazing plan that shows where the animals will be, for how long, planned rest periods and planned stocking rate.
Disaster plan for drought, fire, blizzards, or floods.
Organization structure listing who is responsible for each aspect of the business.

5.Healthy Balance of Work and Life – If you are spending all your time putting out fires in the business something has to change. Sure, we all go through periods of super-human effort, but if this is the norm it isn’t sustainable. If you want different results, you must take different actions.

From all of us at RMC, thank you for your support over this past year. We are so blessed to get to work with some of the best people in the world who are taking care of God’s creation and feeding the people.

Best wishes for a joyful and prosperous 2020!

Your email address will not be published. Required fields are marked *

Notify me of follow-up comments by email.

Notify me of new posts by email.

Improve Your Business!
IMPROVE YOUR LIFE!

10 free introductory lessons
THAT CAN TRANSFORM
your ranch and your life.LEARN HOW

Farmers and Ranchers seldom spend time WOTB, but now that it is too hot outside to be working in the business (WITB)  cutting trees, spraying brush, etc, now it’s time to sit back and listen to David Pratt, owner of Ranch Management Consultants, and the dvd i just received entitled, “The Three Secrets for Increasing Profits” and begin WOTB.  (Working On the Business).

“If our farms are not fun, not profitable, or are too much work, our children won’t want them…. Romancing the next generation is the ultimate test of sustainability.” Joel Salatin, Polyface Farms

Most people blame things beyond our control like the weather, government regulation, low commodity prices and increasing costs for their failure to make a healthy profit. These are the things most often discussed at producer meetings and in the coffee shop. These are also things we can do little about. Making them the scapegoats for poor performance makes it easy to absolve ourselves of responsibility. But if prices, costs, weather and regulation really determine profit or loss, why do some businesses survive, even thrive, in these conditions while others fail? Depressed markets are a crisis for some but a profitable opportunity for others. It is not the situation, but the decisions we make that determine success or failure.

According to the US Small Business Administration, most new businesses fail. Fewer than 10% survive to see their 10th year. In his best-selling book, The E-myth Revisited, Michael Gerber points to an exception. He says that 97% of new franchises survive beyond 10 years. Why the difference? Simply put, franchises have a clear-cut blueprint on how to run a business. McDonalds doesn’t succeed because they make the best hamburgers or because they hire the smartest, talented people to work behind the counter. Over the years they have achieved economies of scale and have a lot of clout when it comes to negotiating lower costs with their suppliers. But they wouldn’t have been in the position to do that if they hadn’t built a business that actually works. They didn’t grow first and then figure it out. They figured it out and then they grew.

As Gerber puts it, they worked on the business (WOTB) to build a business that actually works. We are so busy working in the businesses (WITB) doing $10/hour jobs that we often don’t ever get around to working on our businesses (the $100/hour work). This is the work that determines the winners and the losers in any business…including yours. More than genetics, prices, weather or any other factor, it is this issue that separates the men (and women) from the boys
(and girls) in ranching.

Our ranches suffer economically, financially and ecologically when WOTB takes a back seat to WITB. Our failure to effectively work on our businesses is the single biggest reason that most ranches aren’t profitable and that most ranches don’t survive generational succession with their land or family intact.

It doesn’t have to be this way. Ranching can make a healthy profit, thrive ecologically, stay in the family indefinitely and be the stimulus for revitalizing rural communities. You put your ranch on the path to achieve these results when you put the shovel down and pick up the pencil … when you start working on it, not just in it.

I’ve heard some complain that they don’t like working on their business. I wonder if the real problem is that they don’t know how to work on it. Previous generations may have been able to get by without WOTB when land values were cheaper and their ranch had only been split once by a generational transfer. But times and conditions have changed. What passed for management then, doesn’t pass muster now.

Score yourself to see how effectively you are working on your business:

Scoring:  0 = I have not addressed this issue
5 = I have addressed the issue but have more work to do
10 = This describes my business.

If you scored more than 70, congratulations! You probably have a healthy business with a promising future. If you scored 40 to 70, you’ll be feeling the pinch but will probably continue to get by with off-farm income subsidizing the place … at least until it comes time to pass the ranch on to the next generation. If you scored less than 40, you might want to think about going to work as a cowboy for someone else. If you want a good job, I suggest you hire on with someone who scored more than 60. He’s the one who’s Ranching For Profit.

Be sure to check out Dave Pratt’s Ranching for Profit website for more information and to see if his week long school would be something that will help your business!